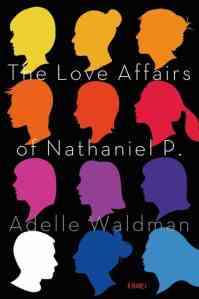 The Short Version: Nate Piven is doing alright for himself.  Nearing 30, he’s finally gaining some professional success (six-figure advance for his book!) and he’s had a string of wonderful women in his bed.  But when he starts actually dating Hannah, he has to take stock of not only his past but where he wants his future to go, too – and maybe he hasn’t been the best guy…

The Review: There’s a moment near the end of The Social Network where Rashida Jones tells Jesse Eisenberg that he’s not actually an asshole, he just tries so hard to be one.  The flipside of that coin would be the titular character in Adelle Waldman’s debut novel, our accidental asshole Nathaniel Piven.  In trying not to be an asshole, he actually ends up being a pretty huge one quite often.  But, then, that’s the story of the modern young man, isn’t it?

There are plenty of relationship-driven, young-artist indie films but I can’t remember the last time I read a novel that so cuttingly, brutally, accurately nailed what it is to be a young person dating in New York City.  Waldman pulls off the trick of laying out her characters on a slab under mortuary lights, revealing their flaws and insecurities mercilessly, while at the same time making us genuinely care about them – for as much as you want to hate Nate, you can’t.  And as much as Jason or Elisa might annoy you, they also intrigue you.  She has sympathy for her characters even as she flays them in front of us.

And while I would not say that felt any sort of kinship with Nate, I’ll be honest and say that I saw myself and my actions reflected in Ms. Waldman’s writing quite a bit more often than I might’ve liked.  She’s not trying to indict Nate for his behavior anymore than she’s trying to indict her readers – but she’s also not letting either off the hook.  Nate is the sort of guy I’ve tried very hard not to be – although friends reading this might say that I’ve not done a great job.  Still, Nate’s whole Brooklyn-writer thing irks me, as do most things about Brooklyn (sorry, everybody, but also not sorry at all) and its ‘scene’.  His six-figure advance for his book (which sounds like any of the other sad young literary men trying to be the next Safran Foer or Lethem – but seriously, it’s a goddamn epidemic in that Borough) irks me, his near-slovenliness does too – but most of all, I think Nate bothered me because, again, I saw just enough of myself in him to feel terrified.

Is Nate’s behavior objectively bad?  I don’t think so, no.  (Whether or not this is a fundamental misunderstanding is an entirely valid query – but for now, for the purposes of this review, let’s assume I’m mostly right.)  He behaves in a way that makes sense to him – and he stands, sometimes, just slightly removed from the situation and knows, fundamentally, that he is perhaps behaving in a way that is… incorrect.  But it is not a way that does not make sense – he knows exactly what he’s doing and why he’s doing it.  The circumstances under which he begins to see Hannah make sense – but he didn’t consider necessarily that Elisa might feel uncomfortable about it.  When he does any number of morally gray things during his relationship with Hannah, he does them because they are what he needs at that moment.  Such self-interest is how we all, for better or worse, live our lives – but what happens when we invite someone else to share our life?  Do we have to change in order to accommodate them?  How much do we have to change?

The thing about Nate’s relationship with Hannah is that it isn’t terribly long – doesn’t even last six months.  And I’m left wondering, why this relationship?  In particular, that is.  We get a somewhat in-depth explanation of Nate’s relationship with Elisa (then delievered, in one of my favorite tricks of this book, in a few curt sentences from Nate to Hannah along the lines of “we dated, it didn’t work out, we’re still friends.” – that chapter ending just knocked me out) and his relationship with Greer gets similar space in the novel… but why did Waldman focus on his relationship with Hannah?  Is it that she was the one before The One (extrapolating – Greer might not be The One but she’s sure a step up from casual dating in Nate’s world)?  Is it that the fallout from that relationship is what makes Nate able to have a stronger relationship with Greer, in the end?  It’s hard to say – perhaps this is all just related to the long-ingrained desire to see stories either end happily or catastrophically (the Elisa relationship, FYI, is a catastrophic one), as opposed to these relationships that just… fizzle.  Because the relationships that fizzle are the ones that are hardest to comprehend or understand – and Nate, I think, feels that way when he thinks about Hannah.  Okay, yes, he was completely in the wrong in not writing back to her more promptly – but the thoughts, the things in his mind about why he doesn’t, are completely valid.  He likes her – he does!  He genuinely does.  But they don’t work and he can’t quite put a finger on why.
I’ve been there, man.  It sucks.
But the book sure doesn’t.  It just hurts a bit.

Rating: 4 out of 5.  My biggest qualm, at the end of the day, is that the book has a perfunctoriness towards the end.  There is a sense that Nate has emerged unscathed and his life goes on nearly unaware of the trouble left in his wake.  Of course, that could be said about most of us – but our lives, like Nate’s, continue on.  It’s hard to find a satisfying ‘ending’ when the story keeps going after the book is over.  But if the book finishes not unlike the Hannah/Nate love affair, isn’t that also an interesting authorial trick?  Plus, you’re not reading this book for the ending – you’re reading it for the writing, for the incisive social commentary, and for the delightful sense of spending a bit of time inside the head of someone who probably seems not unlike somebody you know.
(ed. note – I should also say: I have the pleasure, tomorrow night for work, of seeing Ms. Waldman not only read some Shakespeare but then discuss love in the modern day.  She’s part of Public Forum’s “Venus & Adonis” Drama Club event at The Public.  Could my timing be any better?)