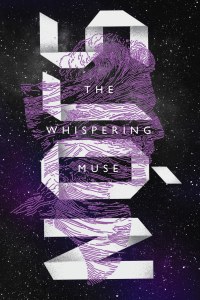 The Short Version:  Valdimar Haraldsson, a somewhat blustery older Icelander, joins a merchant ship on its way to the Black Sea.  There, he discovers that (supposedly) the second mate is Caeneus – one of the heroes who sailed with Jason on the Argo.  What ensues is a strange, elliptic tale of, well, storytelling and human nature.

The Review: Sjón, who I encountered previously (before FSG picked up his catalog and began issuing these gorgeous slim editions) to only modest entertainment, has become something of a powerful author in the circles of those who know.  Just check out the back cover blurbs for any of his three novels – Junot Diaz, Bjork.  And then it turns out he has written lyrics for Bjork, which adds to his rock-star-esque mythos.  It was all the sort of thing to make me quite willing to take a second crack at his work.

I used the word mythos just now with intent, by the way – because Sjón is immensely conscious of mythology and mythmaking in his work.  This novel is set in, I believe, 1949 – but Caeneus sailed with the Argonauts.  Sjón is actively pulling the myths of the past forward into the recent past and then, by writing this novel in the ‘present’, bringing them all forward again.  For Validmar, our main character, is a mythmaker of sorts as well: he has written somewhat extensively on the superiority of the Nordic race (it apparently has to do with eating so much fish) and he seems to rather begrudge the end of World War II in a way that is juuuuust slightly uncomfortable.  He has created these stories that are his own, the things that he believes in, and he seeks to propagate those stories.  How is he any different from our more traditional storytellers?

Of course, the thing is, Sjón is not a traditional storyteller.  This book is almost anti-plot – it’s not that nothing happens, things do happen and there is an arc, but that ‘plot’ is far from the point.  The plot is simply there to facilitate the other stories being told and the interactions between these characters.  It’s a remarkable trick and when, at the end, Valdimar excuses himself from the remainder of the voyage, we do not feel as though we’ve been ripped off or anything like that.  Because the story was never about him going to the Black Sea, we’re not sad that he doesn’t.  (In fact, it creates one of the more comedic (blackly so) moments of the novel as he discovers that the crew has been ready for his exit for quite some time.)

The story – to me, anyway – feels like a push and pull between two men: Valdimar and Caeneus.  Their battlefield is the dinner table and they meet every night of the voyage: it is tradition, as Valdimar discovers quickly, for Caeneus to regale them with tales of his time on the Argo after dinner.  But Valdimar huffs and blusters and snores through the first night and continues doubting, even after Caeneus delivers a harrowing tale of his transformation from girl into boy after being raped by Poseidon.  He is a man who ‘believes’ in facts – regardless of whether or not his facts are worth believing in (Sjón presents the full text of one of his lectures, given to the crew, and it’s – purposefully – the more boring part of the novel not to mention ridiculous.) – and it’d be easy to set up this novel as a battle between truth and fiction… except you can’t really allow a guy who believes in racial superiority to take the side of the truth, can you?  So, then, does that mean that Caeneus is telling ‘truth’?  Sjón injects just the right amount of magic into his writing to allow the reader pause: could the truth, in fact, be stranger…?

The reader is, however, left to wonder: why did he frame the story in this way?  There is clear joy in the delivery of the adapted tales of the Argonauts – although we really actually only get one whole tale and even that is missing some bits and pieces – and I found myself wondering what a new version of the tales would look like in its entirety as written by Sjón.  So why add these other trappings?  Why lock himself, as a writer, into the point of view of this pompous windbag?  Was it an exercise?  Was it something further, an attempt to really get at the issues of storytelling and perhaps even a critic on the early 20th Century mindset(s)?  I’m unsure.  It is unclear.  But I think you must find that answer for yourself.

Rating: 4 out of 5.  There was more cohesion to this novel as, well, a novel than I experienced with From the Mouth of the Whale and as such it enabled me to enjoy Sjón’s writing so much more.  He has a gift with phrases that seem to spin out like gossamer thread, glinting in the light – and he creates a vivid picture, even without too many adjectives or bluntly descriptive phrases, of a world in the North.  He’s the kind of writer who, at his best, can (like Caeneus, perhaps) make a reader (or listener) believe in the myth or the grand story over whatever’s occurring in their present.  What greater gift could there be?