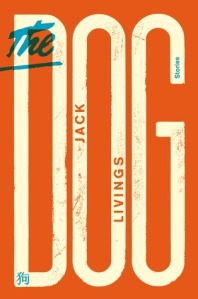 The Short Version: A collection of short stories set in China, bouncing between the present day back to the death of Chairman Mao.  A gangster who must come to terms with his grandson, people who must deal with the obscure bureaucratic politics of the Communist government, and a nearly impossible task given to a team of glassmakers are just a few tales of a place rather unlike anywhere the West has ever known.

The Review: Is it a sign that our world is homogenizing when a collection of stories set in a place on the other side of the planet, in a country that runs rather differently from any in the West, feels… unsurprising?  Or is it simply a testament to the universality of human experience that these stories feel deeply relatable, to the point of being unexciting?   The blurbs for this collection have been quite strong and many of them point to the setting of China as a place we don’t know all that much about.  And we don’t.  It’s no North Korea, but life on the ground in China right now (or even 50 years ago) is rife with potential for illuminating storytelling.  But I was a little surprised and a little let down by just how unengaged I was by Jack Livings’ collection.

This is not to say that it’s a bad group of stories.  My favorite, “An Event at Horizon Trading Company”, is fierce and funny while the longest (the aforementioned tale of glassmakers tasked with making Chairman Mao’s glass coffin under absolutely ridiculous time constraints) feels like enough to justify the entire collection – but as I read, I found myself wanting more of a sense of dislocation.  I wanted to really feel like I was experiencing something different, something I was unfamiliar with.  This disconnect reminded me a bit of my experience reading The Orphan Master’s Son, actually: both promised to open my eyes to a culture I’m unfamiliar with, but both left me cold.

Livings’ prose isn’t terribly showy or exciting but is, instead, workman-like.  Each story feels crafted and considered and like something you’d read in The New Yorker.  Even the most affecting (the two aforementioned stories as well as the story that gives the collection its title) still feel crisp and neatly pressed – and I guess that’s the issue, really.  The crispness of these stories keeps out any sense of real dirt or danger.  As the coffin workers are subjected to horrific conditions, as a mobster swaggers around like a coiled snake, as people die in these pages… it all feels very removed.  Almost journalistic, you might say.  There just never seemed to be any stakes worth speaking of.  This does not make the stories bad, necessarily, but it also keeps them from being terribly affecting (to my mind, anyway).

Rating: 2.5 out of 5.  I can’t really say much more.  The collection came across my desk carrying some intrigue but, in the end, I found it a little listless.  Not quite to the point of being boring – but I just never really got into it.  I expected to be transported and instead felt very conscious of being right smack where I was.  Perhaps a problem of expectations – but so it goes, you know?