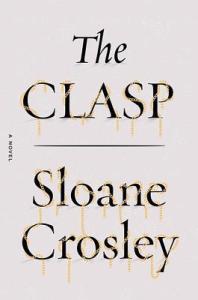 The Short Version: Kezia, Nathaniel, and Victor were friends in college – and now, all of them approaching thirty, they find that the world has battered them a little more than they’d hoped. After a rocky reunion at a friend’s wedding, all three are separately set down a path of adventure that will lead them to Paris and the Normandy coast, bringing them together at the estate of Guy de Maupassant…

The Review: My ten-year high school reunion will be this fall, which means that this fall also marks the ten-year anniversary of meeting some of my best friends: my college friends. We’ve all been joking about it, a little – the idea that we’ve known each other for a decade now, that we’ve watched each other stumble out of adolescence and into something approximating adulthood. And it’s true – some are moving in together or getting married while others are finally reveling in their singleness, some are finding success in their expected career while others have ended up somewhere or doing something totally unexpected. Even if we’ve fallen out of touch, we’ve gotten to do it together, connected by the random hand of fate that threw all of us together at the same school, in the same concentrations and crowds, and gave us the unifying features of friendship.

I’m thinking about all of this because the three main characters of Sloane Crosley’s The Clasp are about my age. Perhaps a year or so older – they seem resolutely 29/30 as opposed to 27/28 – but for all intents and purposes, I inhabit the corner of spacetime that they do. I’m attending (or not) the weddings of college friends, feeling constrained by my job, wondering about the decisions that I’ve made and what they all mean for my future… and while “quarter-life crisis” may be a bit too momentous a term to describe what the characters in this book are going through, it also feels pretty apt.

The novel bounces between points of view: Kezia, Victor, and Nathaniel all get their time driving the narrative forward, although it doesn’t rotate or really move in any particular order – I recall two back-to-back chapters of Kezia and I felt like Nathaniel had fewer chapters than the other two. The first hundred or so pages are largely devoted to delivering a swirling view of these three and their current places in the world, creating a simultaneously listless and restless feeling in the novel. I would argue that these characters are both listless and restless as well: they haven’t quite made it as far at this point as they’d hoped they would, early successes having given way to mediocre holding patterns (or worse).

Your mileage in the early going will vary, but I ate it up. For one thing, Crosley’s voice is worth the price of admission: she’s wry and sassy and witty and all the things you’ve heard, but she brings a sort of heightened feel to her prose here – like the way that the best screwball comedies or the plays of Noël Coward (or even the best banter on shows like Gilmore Girls and The West Wing) delivered dialogue that sounded like how we normally speak but were also just… better. There is crackling intelligence at work here and, even in the book’s shaggy bits, it elevates the proceedings beyond the initial trappings. Take, for example, the way she occasionally lets dialogue float unattributed through conversations of three or more people – usually all long-time friends. It creates that sense of community, that instinctive knowledge that only comes from being around someone for a decade or more, but it also demands that you not worry so much about the things we’re usually meant to worry about in a novel… like who is speaking when. Because haven’t you been in a group of your friends and responded not so much to whoever it was who was speaking but to the thought itself, as though your group was in fact just dialoguing with itself?

But for every middle finger towards the ‘rules’ of writing and English lit, there are several moments where Crosley fully embraces the English Major of it all. Hell, the novel directly mentions Guy de Maupassant’s “The Necklace” several times and, in fact, spins the eventual plot around a necklace that has connections to Maupassant’s in more than one way. Indeed, the Maupassant connection is initially introduced in an actual English lit class: Crosley knows exactly what she’s doing here.

This plot with the necklace, the one that sends these three characters – all of whom were certainly interesting, as were their problems – into actual action, across the country and ultimately the globe, is rather a silly one. A necklace, supposedly stolen (or hidden) by a (good) Nazi, the secret of which delivered unto a random individual who barely has any semblance of his shit together… and then a madcap dash from Florida to New York to Paris to rural France – it’s the sort of thing that needs either the bare-minimum commitment (which I’d say is what it gets here; Crosley seems less interested in plot than what it makes her characters do) or total Ocean’s Eleven devotion. While the latter is fun, the former works better for Crosley and I could’ve read a book that was just about these characters all eddying through life, written in her compulsively readable voice – a sharper Private Citizens or something.

I have to say, though: the ending ended up surprising me, even though it should’ve been obvious from early on. Still, as the novel continued to flirt with near-farce and caper-comedy, I found that I really had no idea what the novel was going to turn out to be. At moments, I wished that she’d gone full-on comedic, although the final balance between comedy and drama (falling, if we’re using film terms, into solidly indie-dramedy category) was ultimately exactly what it needed to be.

Whether she intended it or not, I found myself starting to read this book like the cliché of an English class might encourage me to do: looking for symbols and metaphors. The scary thing is, I found them – in a way that makes me both a little proud and a little embarrassed. See, Kezia is dealing with a clasp problem: the latest in the chintzy necklaces her company makes keeps busting its clasp under the weight of the whole thing. This is a metaphor for the relationships between the three main characters: their initial “clasp” (if you will), the meeting and bonding in college, might be beautiful but it’s also not necessarily the strongest thing for the weight of life. It needs to be strengthened if the necklace itself wants to remain intact.

Yes, I know. I hate myself too, thank you.

Rating: 4 out of 5. In all seriousness, I can’t imagine that all of these connections and the threading through of the Maupassant story were accidental or done for a lark. Crosley is trying to write quite seriously and intelligently about the way we who’ve come of age with some kind of academic privilege and means in the 21st century are finding our way after having largely been trained to do little more than drink, screw (up and around), and write exceptionally deep papers on outrageously superficial topics. Yes, it is a little rough around the edges and it does at times lean too much on its academic bases… but it’s charming and smart and reminds me of myself, my friends, and my life. We’re lucky to have books like this for bright, spring afternoons.