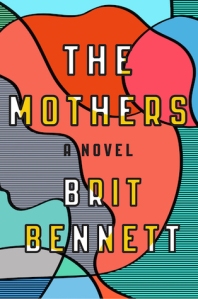 The Short Version: Nadia is a high school senior, ready to escape her small California town for college. The abortion she has seems, at the time, to be the best choice – but while her life goes on without much pause, the lives of those around her are deeply affected and will be for the rest of their days.

The Review: Another ToB Irregular wrote on Twitter that this book is an exploration of the following question: “What if your abortion was hard on everyone but you?” His comment stuck in my mind as I was reading this book, because I can’t think of a better way to simplify the movement of the plot and characters here – and I also don’t know that I’ve ever read a narrative like this. I’ve seen stories of abortion, of infertility, of teenagers making decisions that ‘will affect the rest of [their] lives’ – but I’ve never seen a story quite like this, a story that amplified the dissonance between tradition / a ‘traditional’ community and the (to me) obvious fact that a woman’s body is her own to do with as she pleases. A woman’s right to choose has never been more understood and obvious, and yet it comes under its greatest threat in a generation – and, just as it does, here comes The Mothers.

Brit Bennett makes one hell of an impression with this debut, revealing herself to be both a gifted writer of beautiful prose and a keen observer of the complicated connections between human beings. I wonder if there is a much-longer draft of this novel somewhere, one that winds down dead-end character pathways purely for the joy of discovering secondary and tertiary members of this community. This book carries that kind of sense with it, that feeling that the author knew but chose not to illuminate the stories of everyone who intersected with the plot – that sense that you could walk down some other side street and instead of discovering a Hollywood backlot, you’d simply walk into another story.

Part of this polyphonic implication comes from the occasional arrival, usually at the start of a chapter, of a first-person-plural narrator: the titular mothers. They are the elders of this church in this small town a little North of San Diego and they are exactly what you’d expect: gossipy, hive-minded, and decidedly set in their ways. They function as a not-quite Greek chorus and the effect is sometimes a little muddied, but ultimately the reader benefits from their interjections. Without them, we would lose pieces of context that ultimately elevate many of the other characters; it would be all too easy to write off all too many of them without even those brief moments of insight.

Because so many of these characters – honestly it’s all of them except Nadia, or at least all from Oceanside – are (to me) fundamentally irritating for the fact that they find Nadia’s abortion to be something that they have any amount of say in, influence over, right to experience in any way other than receiving the knowledge of the event. I don’t think that this irritation is a product of a post-electoral consciousness-shift, because I’ve been pretty irritated since I was a kid by those who assumed to understand and prescribe a course of action for someone else. The most heinous version of this is those who would take from a woman her right to be in control of her own body. There is the Atwoodian version of this, of course, which we think about a little more often these days (see: post-electoral etc) but Bennett’s version is the more uncomfortable for the fact that it is real. The conversations that these people have about Nadia and the baby she chose not to carry… it’s harrowing, when you think about it.

For example, Luke (the father) seems to spend the rest of his life, or at least the rest that we’re privy to, wondering about the ‘what could’ve beens’ relating to their child. It messes with his marriage to the point of infidelity, it messes with his sense of self, it messes with his career… and I’m not trying to insinuate that he’s not entitled to his grief in whatever form he experiences it, but I couldn’t muster an ounce of pity for him because his driving single force in life seems to be sadness over a decision that was not at all his to be a part of. He could, yes, have suggested other options – but, when it came down to it, it was Nadia’s decision 100%. Ditto to the parents, the friends, the people who even a decade later seem to be unable to come to any kind of terms with this “shocking” event – an event that is not, or at least should not be, anything like “shocking” to anyone whose body wasn’t directly involved in the decision-making.

It is Nadia, ultimately, who is the most interesting character in this book and the one who Bennett wrings the most nuance out of. It is Nadia’s occasional flashes of doubt, her idle daydreams, her questionable decision-making that provide the realest and most honest considerations of “what could’ve been” – and when she ponders what the child would’ve been like, when she slips back into Luke’s life, when she considers whether or not her mother would’ve committed suicide if she hadn’t had her… it’s the kind of deep honesty that seems like an untouched mountain lake. You could row across it, or you could plummet to its unplumbable depths. The choice is yours, and only yours, when faced with that decision. Nadia makes the progressive decision, the decision to live by her own terms – but it’s not an easy decision and not one that most of her community wanted. But, then, what do they matter?

And that’s a whole other question – one that Bennett explores, too. But I’ll leave you to find that out for yourself.

Rating: 4 out of 5. A beautifully written debut, bringing a fresh twist on a pregnancy narrative. If the final third gets a little melodramatic / soap-operatic, that’s because life does too. And while not all of Bennett’s gambits pay off, her ambition and her fierce heart are absolutely worth the price of admission. At a moment when a woman’s right to choose – not just whether or not to carry a child to term, but more broadly speaking about the path her life will take – is coming under regressive and repressive fire, we need more characters like Nadia: characters who are not perfect, who don’t know everything, who make decisions and then live with the consequences. She is a role model, simply by virtue of living the life she chooses, whether or not it is the best one possible.